My ink (and the stories behind it)

Get unlimited access to me and my music, as well as other like-minded music lovers. You'll be supporting my artistic journey and get access to all my music, my creative diary and more.

In Your Arms – Creative Diary 16 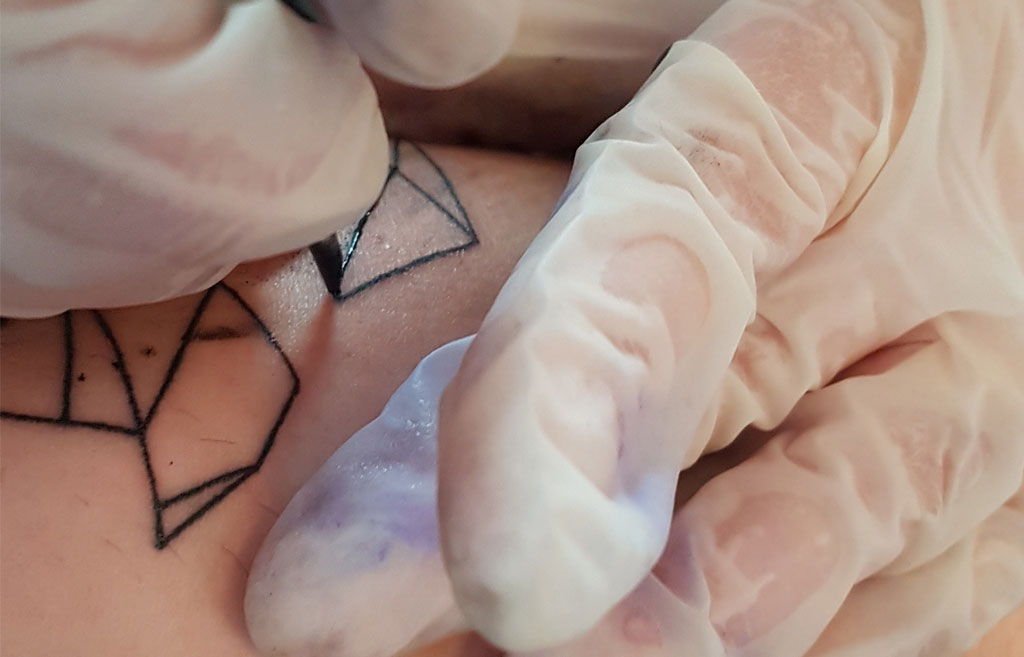 So, I’ve never claimed to be particularly normal. And frankly, you probably wouldn’t be reading this at all if I was. But here we are.

Anyway, I recently got my first tattoo. At 36. I’ve been wanting one for many, many years. But I guess it’s the same as with my music. I just keep putting stuff off. I had a few great ideas for tattoos, and my wife even kept pushing me to get some, but again… I get in my own way sometimes.

It almost felt like fate when I finally pulled the trigger.

I went to the Czech Republic last summer to perform at a theater festival. It was a show I wrote the music for, and perform in. It’s a production of King Ubu, an old French absurdist play that’s mostly about poo. Seriously. It’s literally a brilliant yet shitty play.

So this year me and some of the other performers decided to find a tattoo parlor and get tattoos together. I was very happy about that plan. Finally I’d get my first tattoo!

But unfortunately we couldn’t find a place with any openings on such short notice, so we couldn’t do it. 🙁

So we finished our trip there and I left. Tattooless. I flew to London and took a train to Nottingham, where I was performing at a festival called Melodica.

Now Melodica is quite possibly my favorite thing in the whole world. It’s a wonderful festival that takes place in many cities around the world. It’s all volunteer based, and entry is by donation. And all the money comes in goes towards the international artists’ travel expenses. It’s been done in Reykjavík, Iceland 11 times now, and I’ve played every single one. I had not gone to any of the other Melodicas before, however, so I was extremely excited to play in Nottingham.

Melodica Nottingham is a two night affair, and the international artists play both nights. So I played Friday and Saturday night, along with several other Icelandic artists, as well as people from Denmark, Sweden, USA and more, and had a wonderful time.

On the Saturday night, my friend Svavar Knútur, who is one of Iceland’s most wonderful singer-songwriters and was one of the original founders of Melodica, came up to me just as I was getting ready to go on stage and said: There’s a tattoo parlor down the street. I’m going to go get the festival logo tattooed on my arm.

No, they’re open, he said. I’ve already talked to them.

So I went on stage and rushed through my set and then ran down to the tattoo place. And got my first tattoo! 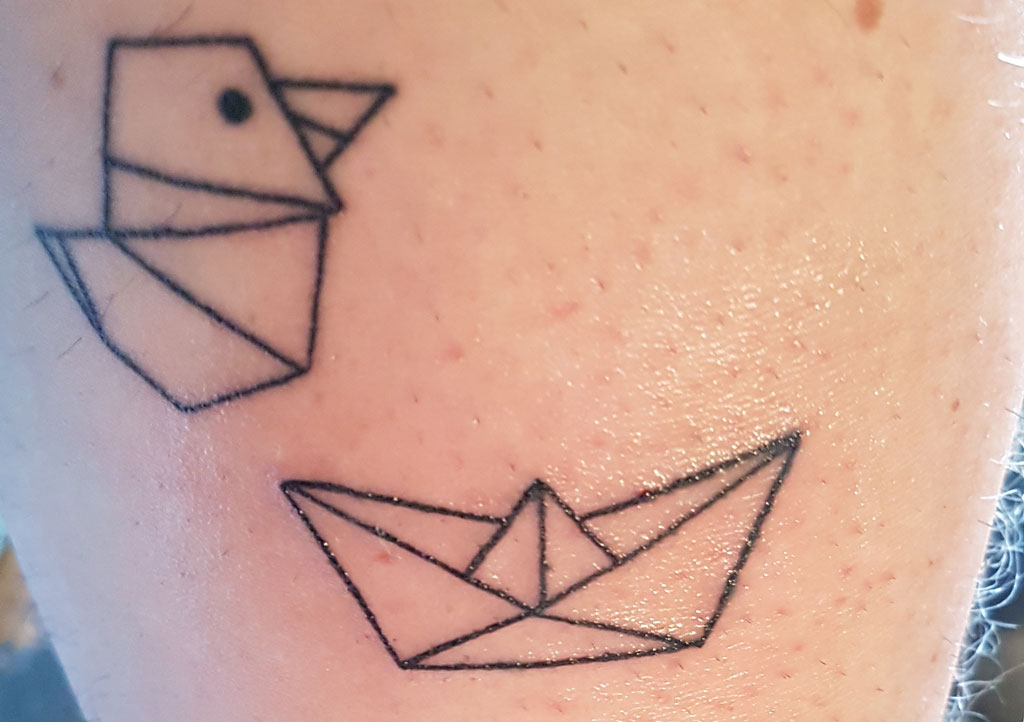 The Melodica festival has a certain traditions when it comes to logos. Each city has a unique logo for their Melodica, and they’re all based on origami. The Reykjavík festival has a paper boat (every child in Iceland knows how to make paper boats). And Nottingham has a paper duck. So me and my friend Svavar now had paper ducks on us.

Oh, my wife had jokes. My first tattoo was a duck.

Two weeks later the Melodica festival took place in Reykjavík. I played of course. And Svavar arranged for tattoo artists to be present to tattoo anybody who was interested. But of course only with the paper boat.

So I now had two tattoos.

OK, this is where the story starts to get a bit depressing. Because I recently got a new tattoo, which I’m very happy with. But the reason I rushed to get it done is a bit sad.

Sadly, my grandfather was recently diagnosed with Alzheimer’s disease. Which would be a bit less depressing if he was boring. But he’s possibly the funniest guy I know, and he tells the best stories. So it’s a sad thought that he’s going to slip away from us. But that’s life, right?

Here’s a picture of the wolf. 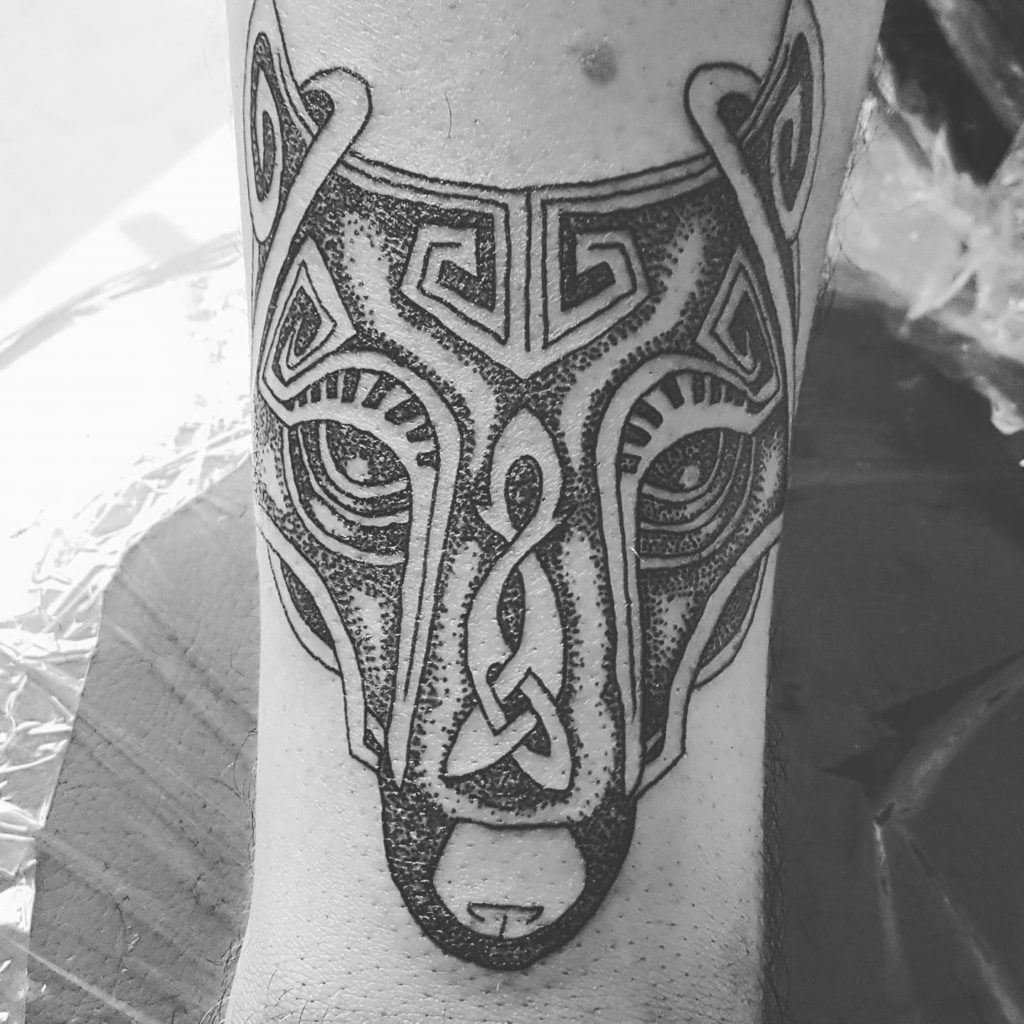 I’m quite happy with it, I have to say.

So those are my tattoos. I finally got them. And to be honest, I want more.

Why am I sharing this here? Because I’m a sucker for stories. And that’s what they are. They’re permanent markers for stories that have made my life better. And journeys’ really. The duck and the boat are symbols for my musical journey. The wolf is a symbol of my journey as a man. My grandfather was largely responsible for raising me. He was possibly a bigger father figure to me than my dad.

So I guess what I’m saying is that I’ve put my heart on my sleeves. Or something. I’ve taken the things that matter the most to me and put them there to remind me of where I come from.

So no matter where I go from here (and I have big things planned) I can always look at my arms and remember my roots.

How about you? Have you got any ink? I’d love to hear about it in the comments.

My music is comfort food for your ears!

Sign up now and receive two songs for free

Please log in again. The login page will open in a new tab. After logging in you can close it and return to this page.